What Athletes Should Know About Hyponatremia 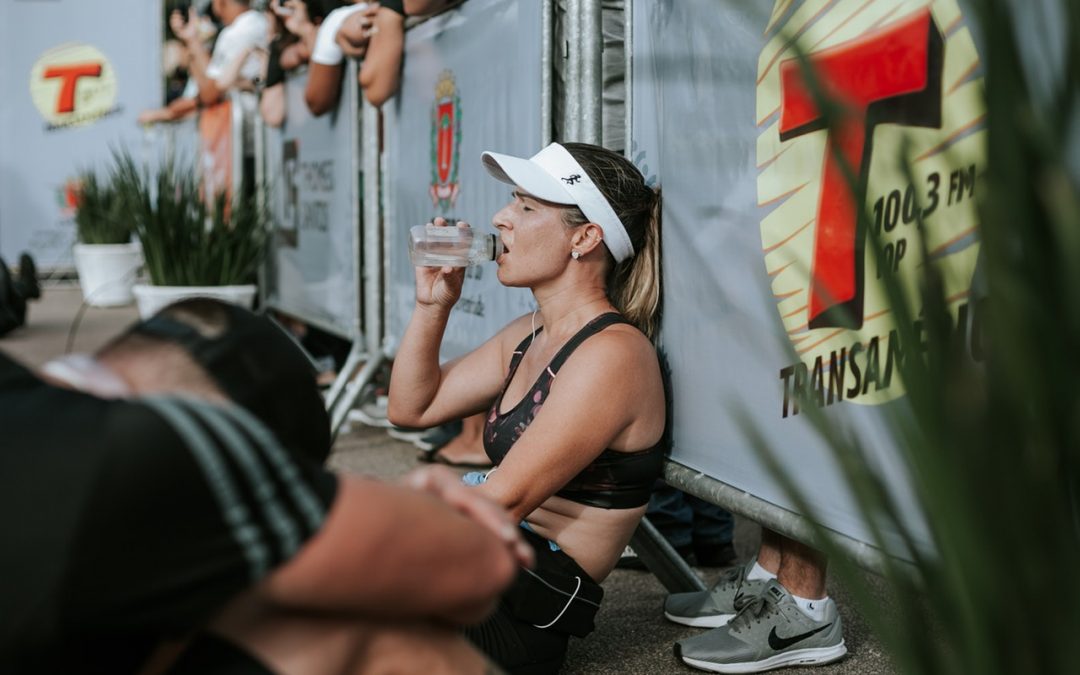 By Elizabeth Quin from veryfitwell.com

Hyponatremia, also called water intoxication, is generally the result of drinking excessive amounts of plain water, which causes a low concentration of sodium in the blood. Once a rare occurrence at sporting events, it is becoming more prevalent as participation increases and more novice exercisers are entering endurance events.

During high-intensity exercise, sodium is lost along with sweat. An athlete who only replaces the lost fluid with water will have a decreased blood-sodium concentration. As an example, consider a full glass of salt water. If you dump out half of the contents of the glass (as is lost in sweat) and replace that with water only, the sodium concentration of in the glass is far less and the water is more dilute. This can occur in the bloodstream of an athlete who only hydrates with water during excessive sweating. The result is hyponatremia.

High-intensity athletes can lose up to 2 grams of salt per liter of sweat. Replacing this salt is critical to performance and safety.

Prolonged and excessive sweating increases the risk that an athlete will alter the delicate balance of blood-sodium concentration. Adequate sodium balance is necessary for transmitting nerve impulses and proper muscle function, and even a slight depletion of this concentration can cause problems.

Finishers of endurance events, such as the Ironman distance triathlons, often have low blood sodium concentrations. Those at most risk are those who are on the course the longest because they tend to drink the most water during the event. Runners who drink extra fluids in the days before the race or those who stop at a water stop during the race are also at increased risk of hyponatremia.

In fact, a study published in the New England Journal of Medicine found that 13 percent of Boston Marathon runners developed hyponatremia from drinking too much water. Another study published in the same journal found that 10.6 percent of Ironman European Championship participants developed water intoxication. Specifically, the female triathletes with a racing time of 9 hours or more appeared to be the most susceptible to hyponatremia.

The early warning signs are often subtle and may be similar to dehydration and include nausea, muscle cramps, disorientation, slurred speech, and confusion. At this point, many athletes drink more water because they think they are dehydrated. Unfortunately, water alone will increase the problem of hyponatremia. At the most extreme, an athlete may experience seizures, coma, or death.

At the first sign of symptoms, an athlete should drink a sodium containing sports drink such as Extreme Hydration Formula and avoid those with too much sugar and fillers. Ideally, an athlete should plan ahead and estimate his or her fluid loss and need for sodium replacement during the event, and stay on a hydration schedule during the race. If the symptoms are extreme, a medical professional should be seen.

The best way for an athlete to avoid such problems is to plan ahead by training in the same conditions you will encounter during race day. Hydration recommendations include:

Calculate your water intake with this simple formula.
Use a sodium containing sports drinks during long distance, high-intensity events that are longer than 60-90 minutes in duration.

Increase salt intake per day several days prior to competition, unless you have hypertension. Foods that provide additional sodium include chicken noodle soup, a dill pickle, cheese, pretzels, and tomato juice.

Try not to drink more then you sweat.

During a marathon, a good rule of thumb is to drink about 1 cup of fluid every 20 minutes.

Avoid use of nonsteroidal anti-inflammatory (NSAIDS) medicines that contain sodium. Research suggests that these drugs may predispose runners to hyponatremia.

Keep in mind that all athletes respond differently to exercise; which also means that fluid and sodium needs are individual.

As always, it is important to consult your physician for special considerations if you have a history of any health problems or are taking any medication for a health condition.